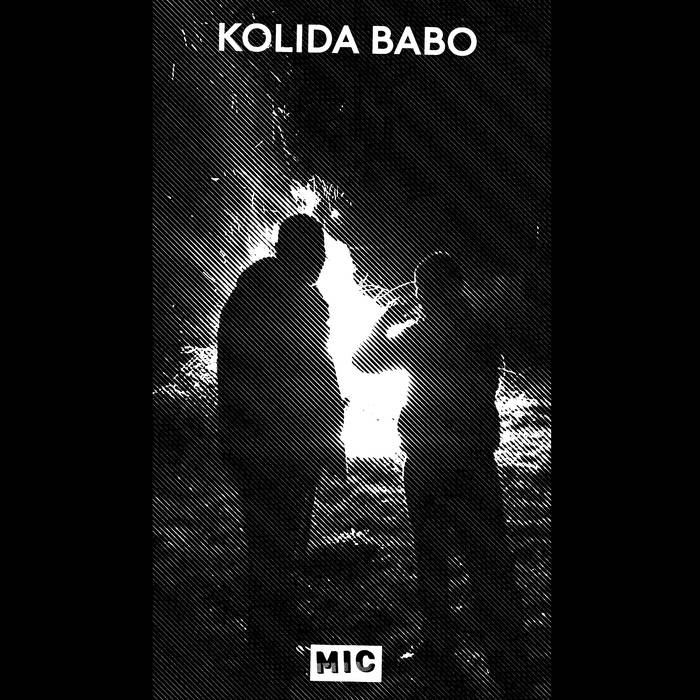 juanmotoa One of my favorite discoveries of this year! What these guys do with their woodwind instruments feels so real and cinematic. Unlike anything I've ever heard! Favorite track: Kolida Serenity.

Andrew Jervis I never knew I'd like the Dhol and Duduk so much. Favorite track: Kolida Serenity.

Zontar the Thing in Swissvale

Kolida Babo is the collaboration between two Greek woodwind musicians from separate regions - Socratis Votskos is from Pella, and Harris P is from Athens. This, their debut album, was recorded in improvised live-take sessions beginning on the night of the “Kolida Babo” folk rituals of music and dance in northern Greece in winter 2013. The sessions proceeded over three years, exploring the ancient music of Armenia and the folk traditions of northern Greece’s Epirus and Thrace regions alongside abstract electronics and free jazz.

As musicians of modern Greece, the sonic palette is developed in part as a means of processing the country’s immediate actualities: its relation to its regional traditions, its urban centres and its humanitarian and economic crises. In this, the music is at once clearly located in traditional sounds and disjointed from them, at times contrasting or harmonious in both concept and sound.

The Armenian Duduk that anchors the project is a double-reeded woodwind instrument made of apricot wood with thousands of years of history and generations of venerable masters - the duo cite Djivan Gasparyan as a main influence, and Harris studied with Vahan Galstyan. Traditionally its music is played in duet: a melody on one duduk, a low drone accompaniment (“the dum”) on another. Kolida Babo preserves and extends the dual nature of duduk music in many ways, replacing the dum at times with the tones of a moog synthesizer to allow the two players to weave harmonies together in duet. And there is a persistent duality in the braid of Kolido Babo’s sonic associations - modern and ancient, local and global - sometimes underpinning one another, sometimes undermining. “Sometimes we mock modern times and sometimes the other way around”, they say - it’s a collision, or an engagement, romantic or pugilistic, and the sense is of an experiment without expectation, without preciousness or exoticism of folk culture. The elements challenge each other and the listener - while the music is very much about texture and tone, the sounds aren’t clearly modern or ancient: it’s futile to identify, we’re reminded, and instead we experience the immediate presence and power of the combination. Influences include Armenian Folk music, Greek Rebetiko, German Kosmiche, Spiritual Jazz, the Fourth World Music of Brian Eno and John Hassell, British Trip Hop, Electrified West African Funk. But where these can be identified they are as sidelong journeymakers through the borderless idiolect belonging to the dialogue between the two players and enabling its free and full execution, subtle markers used to co-ordinate the collaboration.

“KOLIDA BABO album is utterly gorgeous. Mesmeric in mood and lush in execution. It’s as original as it is cinematic. It’s freshness has hooked me.” The Bug (Ninja Tune/Pressure)

“Completely sui generis is the eponymously titled debut album from Kolida Babo, a series of folk-inspired duets between two virtuosi of the Armenian duduk, backed by ghostly electronic drones and Armenian percussion.” The Guardian

“Rewiring the whirling sound of skaros and the keening, melancholy laments known as mirolgi, the duo assemble a pulsing Epirotic jazz, fringed with electronics, flickering with phasing analogue shadows out of the deep past”. The Wire

“I love listening to music where you just don't know the origins of the Instruments! I am loving the Armenian Duduk! Truly Lush..Truly Outernational! Looking forward to getting hold of the Album!” Harv Nagi (Honest Jons)

“One of my favourite of this year, even two years…beautiful beautiful stuff” Zakia (NTS)


KOLIDA BABO Thanks:
Many thanks to our families: Marianthi, Vasilis, Myrofora, Melpomeni, Stamatis, Korina, Maria and the other Kolida Babo members Fotini, Maria Petroutsou for her Kolida Babo logo and QuickRadicalMind...with a collective spirit/attitude/philosophy, aiming for direct access to expression, creativity and art.

Kolida Babo are Socratis Votskos and Harris P from Aridea and Athens in Greece.

Their aim is simple, a journey to uncharted musical territories through friendship, collective expression and creativity.

Bandcamp Daily  your guide to the world of Bandcamp